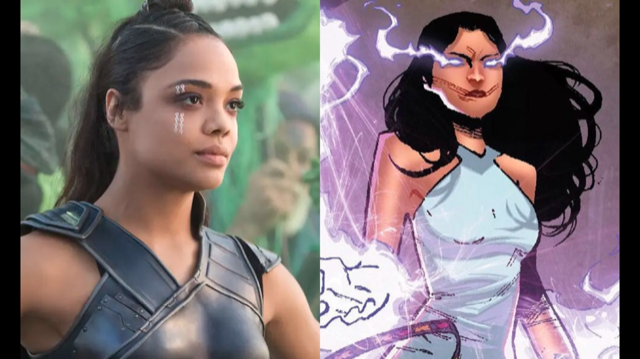 Although he didn’t divulge the specifics, he did say that a queer and/or trans characters arrival would be “very soon, in a movie we are shooting right now.”  He was also asked if the success of Captain Marvel and Black Panther helped to open the door to more diversity. Feige said this “was always the plan for us.”

In the summer of 2019 there were reports that the studio put out a casting call for a “trans woman of any ethnicity in her twenties to thirties.”  After I did some research and fell down an amazing Marvel Universe black hole, rumor has it that Tessa Thompson’s character Valkyrie may have a love interest in Sera, who is Marvel’s only existing trans woman superhero.  Which means this may be happening in Thor: Love and Thunder, which has a scheduled release date of November 2021.

Seeing inclusiveness happen in such a big way is such an amazing thing to watch happen!!  A whole genre of film will forever be touched by seeing how inclusion is important. For people to see themselves represented is validating, whether it’s because of your color and ethnicity, or your sexual orientation and even more importantly your gender identity!!

Great job Marvel!!  Let’s watch the other studios start to fall in step and see transgender actors and actresses finally get the chance to play the characters they deserve!!