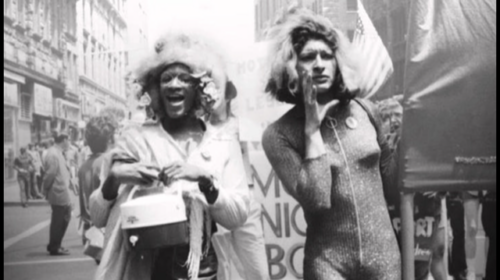 Today marks the first day of Pride Month.  Pride has taken a deeper meaning in my life over the past five years, since I’ve become actively involved in the LGBTQ+ community, especially the transgender community.

Last year was the first time I marched in the NYC Pride Parade, with it being the 50th anniversary of the Stonewall Riots it seemed so profound last year.  I remember as we turned onto Christopher Street, there was an energy I hadn’t expected, my heart started to race and I immediately became very emotional.  Just knowing that 50 years earlier a group of people knew they couldn’t take another day of discrimination, another ounce of distain for who they were, another bit of abuse from society and they knew they had to fight back, that knowledge as I was walking toward the Stonewall Inn made them somehow come alive, their fears of that night and their hope of the future was palpable.

This year as Pride Month starts, that energy is even more charged.  50 years ago the Stonewall uprising was led by Marsha P. Johnson, a black transgender woman and Sylvia Rivera, a Latinx transgender woman, among many others that night.  Historically the fight for LGBTQ+ rights has been led by queer and transgender people of color.  There is no equality for this community, without racial equality also.

While I don’t have all the answers, I don’t know exactly what to do or how to truly help, I do know that I can stand up for what’s right.

This year to celebrate Pride, let’s honor the roots of the movement in a way that makes a mark somehow, however that looks for you.

Here are some links to donate if you can: